Love playing RPG Games? You’ll like the unique action multiplayer RPG Third-person shooter game that is Warframe. Done or tired of Warframe and want to move on to other multiplayer action games? This list is for you.

Based in a sci-fi world, Warframe follows the awakening of Tennos, members of an ancient warrior race.

The Tenno fight using Warframes and their unique abilities along with weapons. Adding to this, the constant updates the game receives coupled up with a nice gaming community makes WarFrame an instant love for most gamers.

Expanding on this love, today we will be discussing the top 10 games like Warframe.

The Best Games Similar to Warframe

Starting at number 10, we have Rogue Planet Game’s Planetside 2. It is a first-person shooter MMO game, being a sequel to the 2003 Planetside.

As in the early PlanetSide, PlanetSide 2 chronicles the endeavors of three divisions as they fight for the territorial influence of the planet Auraxis. PlanetSide 2 uses the Forgelight Engine, which is able to support thousands of players in endless large-scale clashes on a single map.

It is available on Microsoft Windows and PlayStation 4.

Developed by Respawn entertainment, we put TitanFall 2, the sequel to the original 2014’s TitanFall, at number 9. It is a first-person shooter game in which the players operate giant mecha structures called ‘Titans.’

These Titans are equipped with various weapons and attachments to make them more suitable for battle. Like WarFrame, the game is set in a sci-fi world, where the main character uses his fallen mentor’s Titan to stop the Interstellar Manufacturing Corporation (IMC) from dispatching a superweapon that is threatening to annihilate the Militia planet Harmony.

The game is available on Microsoft Windows, Xbox One, and PlayStation 4.

At number 8, we have Gearbox software’s Borderlands 3. It is an action RPG first-person shooter game where the players can either play solo or in teams of 4.

The players are to finish quests, side quests, and take on various missions from the NPCs. It is from these missions that players get strong by gaining more experience, giving players a PvE experience similar to that of Warframe.

A skill tree is constructed based upon skill points, that are gained by one’s experience from completing missions or by defeating enemies. What sets Borderlands 3 apart from the previous sequels, is that the characters can unlock up to 3 different unique skills.

This makes the game a lot more interesting. Borderlands 3 is available for PlayStation 4, Xbox One, PlayStation 5, Xbox Series X and Series S, Google Stadia, and macOS.

Coming up at 7, we have Grasshopper manufacture’s Let it Die. The game is available on Microsoft Windows and PlayStation 4.

It is a survival action RPG where, following the lead of a Grim reaper, players fight against enemies in a tower to gain experience, armor, weapons, and survival food, providing a PvE experience just like in WarFrame. After the player dies, his data is disseminated throughout the games of other players. This serves as a partially multiplayer experience.

The gameplay is comparable to the widely known classic gaming title ‘Dark Souls‘. If you are up for some extreme action, then do give ‘Let it Die’ a try.

At number 6, we have Tom Clancy’s The Division. It is an online RPG that is set in the post-pandemic New York of the near future.

The game follows the story of a character called the Player, a Special Agent of the Strategic Homeland Division, who is tasked with helping the group rebuild its operations in Manhattan, examine the essence of the outbreak of the virus, and fight unlawful activity in its wake.

The game also features PvP gameplay just like WarFrame. It is available on Microsoft Windows, PlayStation 4, and Xbox One.

At number 5, we have outriders. It is a third-person shooter game with aspects of RPG incorporated into it. Like in WarFrame, players can choose their character from 4 different classes, who have unique abilities. They can also stylize their character.

Identical to WarFrame, Outriders also features a skill tree that allows players to upgrade and unlock new skills. It also has a wide range of custom mods for weapons.

The game is available for Xbox One, PlayStation 4, PlayStation 5, Xbox Series X and Series S, and Google Stadia.

At number 4, we have Destiny. A perfect blend of PvP and PvE, destiny is set in a sci-fi world, similar to WarFrame’s, where players assume the position of Guardians, holders of a power called light, who protect Earth against alien invasions.

The different classes, with their distinct attribute, give the audience a variety of gameplay experiences. All in all, it has an incredibly captivating story with virtually endless worlds to explore and stories to unravel.

In the third place, we have Monster Hunter by Capcom. It is the fifth in line of the monster hunter series.

It is an action Role-playing game with a PvE atmosphere, where the audience assumes the role of a hunter who is to hunt monsters in a given space. If they are successful in doing so, then they are awarded through the seizure of parts of the monster they slew or captured, which may later be used in crafting armor and weapon.

You can play solo or hook up with friends in parties of 4 to defeat stronger monsters. The game is available for PlayStation 4, Xbox One, and Microsoft Windows.

At number 2, we have BioWare’s Anthem. The game is set in an untitled planet where the audience assumes the role of adventurers wearing robust armored suits, Javelins, to protect humanity.  It is a third-person shooter game with an A-RPG tag.

Based in an open world where the main character is entrusted with the job of preventing villainess Monitor from holding onto control of the Anthem, an incredible and strange power answerable for the vast majority of the exceptional innovation, marvels, and dangers on the planet, the game holds some of the most remarkable graphics ever surfaced in the gaming community.

The game is available on PlayStation 4, Xbox One, and Microsoft Windows.

In the first place, we have Destiny 2. The game is available on Xbox One, PlayStation 4, and Microsoft Windows. Destiny 2 has both, pay-to-play and a free-to-play version, available on the listed platforms.

Its setting is based upon Guardians, the game classes, venturing out to discover new planets. Such activities allow a dynamic shoot and loot system, just like WarFrame, enabling one to level up and upgrade their selected guardian’s gear.

Overall, the different selection of classes, with different pros and cons to their abilities, leads to an immersive gaming experience so be sure to check it out! 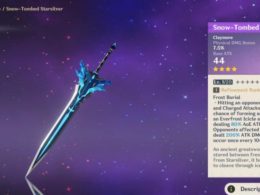