Warframe has a large variety of guns available to build which makes it difficult for users to decide the best one on which they can rely during Eidolon Hunts and high-level missions.

A sniper rifle is the deadliest weapon you can build in this game because of its high probability of critically damaging enemies. In this article, I am going to explain where and how each sniper rifle in the video game can be obtained.

Let’s start with the best rifles in Warframe.

Here’s a list of the best sniper rifles in warframe and how to get them.

Vectis Prime is the gun with the second-highest base damage in the game despite having just a magazine capacity of 2. If you’re above Mastery Rank 13 then I would strongly recommend you to build this sniper rifle.

The gun has an impressive reload speed of .85 seconds and can even destroy strongly shielded enemies without much difficulty. It is particularly great against Grineer and provides a 40-60% Bonus Headshot Damage when zoomed.

You must be curious about how and where this rifle can be obtained. Since it is a Prime Gun, you cannot get it from anywhere except void relics. For the time being, Vectis Prime is vaulted which means that no current relics in the game have their parts.

However, platinum can be traded for blueprints in the Warframe Market to acquire this weapon.

Lanka is an Eidolon Hunt favorite for many. This sniper rifle is known as the most effective weapon that one can use against Eidolon Terralysts as each of its shots result in insane electrical damage.

According to some, it can prove fatal for the Terralyst twice as fast as normal if you one-shot its limbs with this gun. Lanka is the only chargeable gun that can be found in the game and this unique feature boosts its total damage to a striking 525 from just 200.

The Energy Lab of your Clan Dojo is the place where you want to build this monstrous firearm but this is only possible after researching Dera, Prova, and Fieldron first.

This legendary sniper rifle needs no introduction. Rubico Prime is a famous Warframe rifle that most players love to use.

The reason why it’s considered better than Lanka is that it is more helpful in obtaining targets for average missions in comparison to Lanka which is amazing only against one strong enemy at a time.

This rifle is also a powerful alternate for Lanka to use in Eidolon Hunts and has the highest crit chance out of all sniper rifles. Its Shot Combo Counter does not require more than one shot to begin and its impact damage is the grandest against enemies using high shields to guard themselves.

Locations to obtain all other sniper rifles in the game are as follows:

225 Platinum is enough to purchase this weapon from the market, otherwise, it can be also be found in the energy lab of your clan dojo.

Unlike Rubico Prime, this rifle is not vaulted and can be purchased from the market. You must have 20,000 Credits to buy the blueprint in order to build it in the foundry afterward. This weapon can also be bought as a whole for 225 Platinum.

‘Nakak at Cetus during Operation: Plague Star Events’ is somewhere you can occasionally buy this firearm.

In order to obtain the components of this gun, you must complete Invasion missions.

20,000 Credits are enough to purchase this sniper rifle’s blueprint while 225 Platinum is the necessary amount needed to acquire the complete gun.

This sniper rifle’s blueprint as well as all components can be found in normal and arcana, level 50-60 isolation vault bounties with the ability to be traded. That being said, you have finally made it to the end of this article. 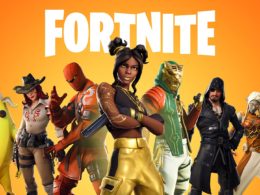 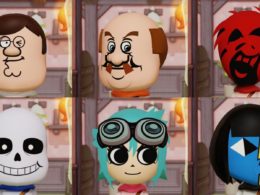