While there are many first-person shooter and loot-shooter video games in the market, none of them scratch the itch that the first Borderlands started. Featuring a unique atmosphere, addictive gameplay, and a stylish storyline – the Borderlands franchise has seen many mainline games and spin-offs in a span of just a few years.

The second game in the series is one of the highest-rated installments in the franchise and the entire world was waiting for the third game so that they can go back to the amazing world of Borderlands. When Borderlands 3 was finally released, gamers wanted to know if it has cross-platform multiplayer or not.

After all, no one wants to buy games on specific platforms to be able to play with their friends in 2021 because the technology to allow seamless multiplayer across all gaming machines exists today.

Not only is it very convenient for the players to have cross-play enabled, it helps the game live for longer too as players can encourage their friends to buy it as well for online play.

It can take a while to figure out whether a game has cross-platform multiplayer or not, so we’ve decided to answer that question for you so that you can avoid spending your money to test it yourself!

So, let’s dig deep and answer the question of whether Borderlands 3 is cross-platform or not right away.

We’re going to answer your question – but let’s take a moment to explain what cross-play is for those who might be unaware.

There are three types of cross functionalities. First one is cross-play, which means that players are able to play the game with any of their friends regardless of what gaming platform that they’re on, as long as they all have the same version of the game. For example, someone on a PlayStation 4 should be able to play with someone on a PC, or even a mobile!

The second one is cross-progression, which means that if you were level 40 in a game on a PC, if you log into the game on a PlayStation 4 – you will retain the same progress instead of having to start over.

Now that we have the definitions out of the way, let’s jump right into the million-dollar question of whether Borderlands 3 is cross-platform or not.

Borderlands 3 is a game that is currently available on all major video game platforms that can handle it, such as the PC, PlayStation 4, PlayStation 5, Xbox One, Xbox Series X and S, macOS, and Google Stadia. When the game originally launched in 2019, it did not have cross-platform multiplayer.

However, in the month of May, the developers revealed that a recent update for the game has finally implemented cross-platform multiplayer across every single platform besides PlayStation consoles.

This means that Borderlands 3 is cross-play between Xbox One, Xbox Series X and S, PC, Google Stadia, and macOS. However, it does not let you play with anyone on the PlayStation platform.

Additionally, the game also has a cross-generation capability that allows you to play with people on different consoles under the same ecosystem.

For example, the PlayStation 4 with PlayStation 5. It’s unclear as to why this happened, but rumors speculate that Sony’s fee for cross-platform multiplayer is far too high for Gearbox to pay.

Is Borderlands 3 Cross-Platform Between PC, Xbox Series X, Xbox One, PlayStation 4, and PlayStation 5?

Borderlands 3 is not cross-platform between the PlayStation 4 and any other console. However, it has cross-platform functionalities between every console that isn’t a part of Sony’s brand, such as Xbox One and PC.

Is Borderlands 3 coming to PlayStation 5 and Xbox Series X?

Borderlands 3 is available on PlayStation 5 and Xbox Series X with improved framerates and faster loading times.

And that’s it for our topic for whether Borderlands 3 is cross-platform or not. We hope that you found the answer satisfactory and we’re here to clear up any confusion that you might have! While you’re around, make sure to check out some of our other helpful gaming guides too. 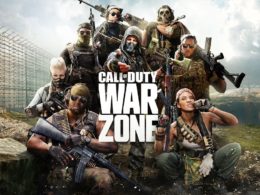 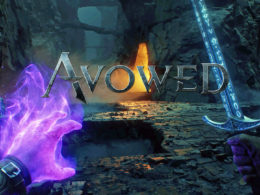 The Xbox Series X is a staple of engineering in the modern console market. It’s a console so… 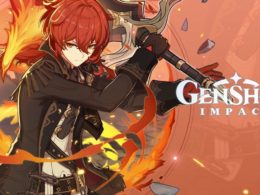 The night hero of Mondstadt region or Diluc is a five-star pyro character in Genshin Impact, which can…