Make no mistake; Warframe is an old game, and yet it has managed to keep going in the face of growing competitors in the MMO shooter scene.

The main aspect that it manages to keep people engaged with is the fact that it offers players so many different play styles to experiment with. This provides you with different types of weapons both ranged and melees to try out and see what your preference is!

Weapons in Warframe play a huge part, and each build heavily depends upon them. Aside from your Warframe, it’s very important that you pick the right weapons you want to use.

So without further ado, let’s get right into it!

Rifles are the most versatile kind of weapon type in Warframe, and some of the strongest too! Warframe’s rifles have some of the most overpowered and broken, which means the best weapons in the game.

The amount of variety they offer is insane; their trigger types can go from burst-fire to charge-fire to full auto and even single fire. They have large magazine capacities and can shred through enemies and their armors.

Bows are a niche weapon, however if you have the right bow in Warframe; it will make all the difference! You can choose to spam arrows in a semi-automatic fashion or you can simply hold the trigger and increase the damage and increase the accuracy.

The best part about the bows is that you can play stealthily when you have a bow equipped, and most bows can one shot enemies up to the 60th level perimeter. These are all-rounder weapons.

Shotguns are the spearhead weapons in Warframe, you will see almost every single player run these guns while keeping guns akimbo as their secondary weapons.

They have a relatively low ammo capacity, however, their damage totally makes up for it! They’re the best weapons for crowd control when you don’t have a high ammo capacity rifle; especially with mods attached.

Shotguns can make a faster runner’s gameplay twice as more enjoyable because you can get right up in your enemies’ faces!

Snipers are a tough subject to talk about in Warframe, some love them to bits and some absolutely despise them. The reason why they’re like so much is the high amount of damage they churn out per shot.

However, their slow fire rate and dependency on accuracy make them a tricky weapon to use in a fast-paced shooter like Warframe. Though make no mistake, Snipers can absolutely obliterate mobs in the right hands, so if you’re confident about your aim; snipe away!

Dual Held Secondary automatic weapons will be the perfect choice if you’re running a shotgun as your primary weapon.

These weapons have relatively low ammo capacity, but their fire rate and quick reload time give you a tactical advantage in any situation. Make sure you’re close to your enemies though, these weapons will not serve you too well over longer distances!

These weapons have decent range for shotguns, and can be fire simultaneously. They are just as good as the normal shotguns at crowd control, however the lower damage and lower range can affect it at times.

The best way to use these weapons is to push in aggressively, do enough damage and run back away! You can also shoot these, and then chip away health with melee attacks.

Launchers have MASSIVE amounts of area damage; they can take down hordes of enemies in one hit and deal a ton of damage to brutes or bigger enemies.

However, they are balanced out by the low ammo capacity, and the ability to damage yourself if you’re not careful enough.

Spear Guns are a peculiar special type of weapon; they are both spears and guns that can throw fireballs at your enemies.

This is probably the coolest weapon type in the game stylistically, you can use it as a melee weapon and you can even throw it at your enemies then pick it back up. You also have the ability to use it as a gun, albeit one with very slow fire rate and not a lot of damage.

Single handed automatic sidearm is not the best choice of weapon; however they do have some good uses to them.

They can be good at chipping damage off in close quarter situations if you’re using a weapon with slow fire rate. They will absolutely shred the armor off your enemies.

The dual automatic shotgun secondary weapon is great at close range; in some situations it is even better than proper shotguns! The only issue that comes with this weapon is the low ammo count, fire rate and damage when compared to solid S-Tier shotguns.

The dual automatic shotgun secondary is even better than normal shotguns in crowd control situations, but you will have to play the hit and run game that’s for sure.

Recommended Weapons: Twin Kohmak (Only weapon of its kind).

These weapons were made to be accurate and to have high damage in limited ranges.

They aren’t as good as snipers with beam mods or even as good as single fire rifles. However, their damage in close ranges can be great especially if you are accurate with your shots.

Thrown Weapons are your usual run of the mill Shurikens type weapon.

These weapons are low damage and slow fire rate. However, they’re fun to use especially during fast gameplay and they have a unique aesthetic!

There is only of this kind of weapon in the game, the Euphona Prime and that weapon while being good in short range crowd control is pretty much pointless in other scenarios.

If you click heads with this weapon, they can deal some massive damage but if you’re hitting literally anywhere else; it’s useless.

The automatic shotgun secondary weapon is stronger than the semi-automatic variant of its type because it offers less range and damage in exchange for a wider spread and faster fire rate.

This weapon type has much higher damage capacity in shorter ranges because of how fast it churns out bullets, however, steals VERY weak in comparison to actual shotguns and dual shotgun secondary weapons.

The semi-auto single held sidearm is the second weakest form of ranged sidearm.

These are essentially pistols that only do chip damage; however, they’re not the worst sidearms in the game so you can use them if you like.

The charge weapon in the dual sidearm category is not the way to go.

There’s only one of its kind, the Staticor. It is essentially like beam sidearms but has much less damage and a bit faster of a fire rate and ammo capacity.

These are awkward weapons to describe, they perform the same as Beam Sidearms but they’re weaker with less damage but a bit more fire rate. Not really the weapon you want but can definitely use it if need be.

These are honestly the weakest weapon types in my opinion, and there’s only a single one instead of the dual-wielded secondary shotguns so you don’t even have that added fire rate of firing from two guns.

They don’t have much to offer, and I don’t really recommend them personally! 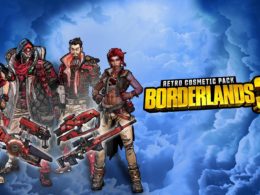 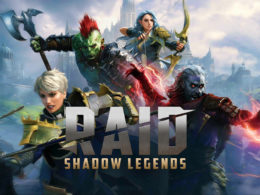 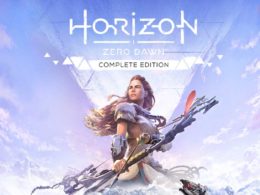