Summer at a beach house is next to none and the beach girls showed us just how best to get a party going at a beach house. The drama, bonding, party shenanigans, and all the trouble that ensued in the beach house made the entire movie fun, that’s why we’ve brought you familiar movies that you’re sure to love!

Sarah’s Uncle invites her to his beach house for the summer and she brings her college friends as well. Her friends cajole her into throwing a huge party which makes the neighbors raise complaints.

Uncle Carl returns to handle the situation but ends up joining in the fun. An unexpected twist that makes the movie a lot more enticing.

With the plot of the beach girls setting the pace, we know just the perfect movies to recommend that fit into the same genre as the beach girls. If you love a great summer movie, comedy, drama, friends bonding, sexual escapades, and college shenanigans, then these are the best movies for you;

This movie follows the love story of Christine and Jim as well as that of their sexually adventurous friend known as Bubba.

Jim and Christine are in love but Christine’s classmate Jordan who also finds Jim attractive keeps trying to get his attention and end their relationship. While Bubba goes on a series of crazy sexual escapades including getting dressed as a woman to sneak into the girls’ locker room.

2. The girls on the beach

As sisters in a sorority house known as Alpha Beta, they gather that they might lose their sorority house if they are not able to put together ten thousand dollars in two weeks.

They panic but they quickly get the idea of hosting a beauty contest, a newspaper puzzle, and a baking contest. However, they meet three guys at the beach who brag openly about knowing the Beatles, so they plan a beach party hosting the Beatles as the main attraction.

Where to watch the girls on the beach: Amazon prime video.

A group of friends which turn out to be four couples set out on a trip to a tropical Island resort, only one couple intended to participate in the couple’s therapy session while the others simply planned to goof around and have fun. They soon realize that the couple therapy session is mandatory and they must participate to stay in the resort.

4. Under the Riccione sun

A group of teens who have their annual summer vacation head out to Riccione for the summer and have an adventurous yet fulfilling summer. While on vacation at the Riccione beaches and they become better friends which in turn leads them to help each other out with their romantic situations or relationships.

Where to watch under the Riccione sun: Netflix.

High school is practically over and an entire class of graduating students decide to party hard one last time together at a rich classmate’s house that is free of parents for the night.

A shy guy named Preston decides that this is the best time to get Amanda (The prom queen and his long-time crush) to like him back, William who is a dork decides to make a plan to get revenge for the years of bullying he got from meathead mike and Kenny gets stuck in a room with Denise.

Hairspray is a dance movie about Tracy, an overnight girl that later ends up as a television star by embracing her passion for dancing. She is a victim of ridicule because of her weight and race but she pushes through everything. She auditions for a spot on the corny collins show and wins and this makes her a star overnight.

A father, Mr. Thornton Melon is worried and concerned that his son might not decide to go to college, nor would he fit in properly. Despite being an uneducated self-made billionaire, Mr. Thornton decides to sign up for school in order to encourage his son, he ends us falling for a pretty professor and paying people to do his school work to get by.

Where to watch back to school: Amazon prime video, HBO Max, Hulu, Paramount Pictures, and Showtime.

There’s a wild and dramatic summer holiday at Malibu beach where a new and hot female lifeguard is employed, her name is Dina. Everyone around pines for Dina’s love, an overaged bully goes all out to get her by flexing his muscles, and kids fake drowning to get her affection but she has her eyes set on Bobby.

A group of three friends get a summer job at a resort in Florida, they take this as an opportunity to go crazy with strangers and do little of the job they’re expected to do at the resort. They have sexual adventures and dish out some revenge in the process.

Where to watch summer job: Netflix and Amazon prime video.

After the wild experience the last school year, a group of friends decides to get together to have a wild summer. They spend the summer in a beach house where they have crazy experiences and they host the biggest party that has ever been put together to really spice things up.

Where to watch American pie 2: Amazon prime video, and Netflix.

A beach house owned by elderly people needs redecorating and they find a group of friends who they put in charge of the job while they go away on other business. Instead of sticking solely to this job, this group of friends decides to host a bikini contest.

Michelle and Brianne are two college students who decide to spend their spring break in Malibu at Michelle’s uncle’s house. They decide to go all out by hosting a wild party which ends up getting out of hand.

We all love a beach hangout that turns out adventurous and as crazy as it can get, The beach girls are an amazing movie where all of these play out perfectly. Seeing how hard friends can party, and how one summer can look so colorful is worth watching.

We know you’re here because you loved the beach girls so we have brought you amazing recommendations as well as where you can stream them, all you need to do is sit back and binge-watch them. 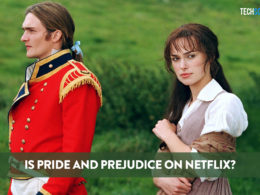 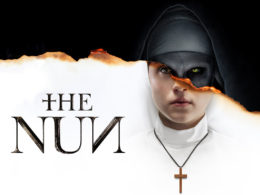 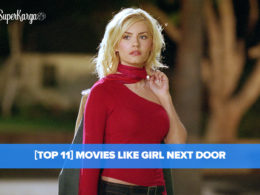 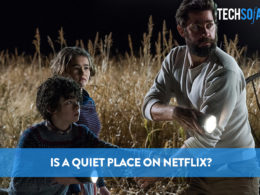 Is A Quiet Place On Netflix?

When it comes to movies that thrive on the survival of the fittest, the quiet place is an…