The role-playing genre includes some of the most detailed and content-rich video games, and Dark Souls 3 is on the top of that list. Whether it’s the enemies, locations, weapons, classes, skills, or gear – there is so much to choose from that it takes multiple playthroughs to truly get used to everything.

One of the most notable things in the game include the character builds, which are very customizable and allow players to utilize different classes, items, and gear in such a way that it caters to every type of playstyle.

Whether you’re into being a sorcerer, a knight, an archer, or a juggernaut, everything is possible.

Every build is different though and if you focus on an individual weapon – some combinations will be far better than the others. And since several weapons in the game are incredible to use, players often prioritize them over others and create builds around them.

One such weapon type in Dark Souls 3 is Katanas, which are both cool to use and very effective in combat too. It takes a lot of time to experiment with the right combinations.

Fortunately for you, we’ve created a list of the best Dark Souls 3 Katana builds that you can try out right away – and skip the part where you’d have to figure these things out by yourself. Let’s get started!

The Ringed City DLC of Dark Souls 3 added a lot of great things to the game and one of them is the iconic Frayed Blade which falls into the Katana category.

This Katana works amazingly with strength-based core stats such as Dexterity and that’s what we’re going to be focusing on today since it will allow you to utilize the sword to its peak potential.

Since the sword cannot be infused, it’s important to make sure that you make up for it by using every other stat properly. So, try to follow our recommendation of the other stats too.

The Onikiri and Ubadachi are some of the coolest Katanas in the game and they are worth more than their style. Aside from generally having a decent DPS rate (AR) and some cool moves, this pair of Katanas is compatible with many different types of infusions and core stats.

Thanks to their flexibility, we’ve tried out many things and eventually decided on recommending a Onikiri and Ubadachi build that utilizes Luck as its core stat and has a Hollow infusion.

Additional Suggestions: Using both the Carthus Rouge and Hollow infusions on the Katana will add 10 levels of bonus Luck. The armor is an optional suggestion, you can change that to your preference.

The infusion can also be ignored, in which case you shouldn’t bother leveling up Luck.

The Chaos Blade is easily one of the most interesting Katanas to use in Dark Souls 3. It has a pretty mean bleed effect that it inflicts on your enemies, which makes it easier to take them down as they are constantly losing their health.

However, this Katana is not for everyone because it inflicts 1% damage to the player’s total health per hit.

This is a build meant for daring players and has a pretty great pay-off. Of course, we are going to recommend ways to keep the bleeding at bay, though.

Black Blade is one of the best Katanas in the game, although it gets overshadowed by the rest because people think it’s not that useful because you can obtain it very easily in comparison.

However, the Black Blade is the third strongest Katana in Dark Souls 3 and despite its short-range, it’s pretty good when paired with core stats such as Dexterity. After all, its DPS rate (AR) can exceed even 430.

Our recommended build includes a Hollow fusion to spice things up, but beginner players can ignore the infusion and focus on scaling every stat aside from Luck. But if you do wish to get the Hollow infusion for your Black Blade, don’t forget to level up Luck alongside to balance the self-inflicted damage out.

Additional Suggestions: An alternate way to use this build would be to simply not use the Hollow infusion. Then, you don’t need Luck as a core stat and also won’t have to worry about combat being slightly complicated.

Oh, and this Katana is also known as Berserker Blade within the community since that’s what it was called in Dark Souls 2.

These are our top picks for builds that have been carefully crafted and tested to bring out the best use of your Katanas in Dark Souls 3.

Although these builds are very useful, you can always customize them as much as you want and make them suit your playstyle more. Maybe you will make something even better, or maybe it will be inferior to our recommendations.

But one way or another, this list will set you on the right path!

We hope that you found our guide useful and while you’re still around, make sure to check out many of our other helpful Dark Souls 3 guides too! 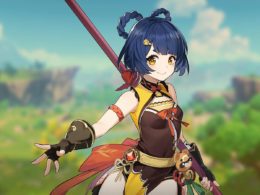 Xiangling is a damage dealer four-star character who masters pyro attacks. Her ability to experiment with new ingredients… 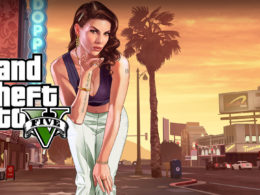 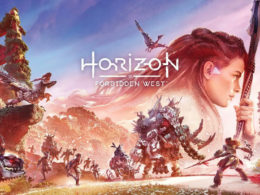