Heroes, also known as protagonists, are the primary factor behind any show’s appeal and charm. Without them, the show becomes boring, and people grow tired of it.

If you are a fan of Danganronpa, then consider yourself lucky because, in today’s blog, we’ll go through the ten best Danganronpa Protagonists that everyone loves.

Danganronpa is a popular anime series that has made everyone in the world a fan with its amazing plot and storyline.

Here are the top 10 heroes in Danganronpa, ranked.

Aoi Asahina, also known as The Ultimate Swimmer Pro, is a lively young lady with endless energy. She has an undying love for sports and was chosen as the Olympic representative because of her positive attitude.

She has always had trouble remembering people’s names, but she is the most caring girl when it comes to her friends. She is one of the few extrovert personalities that just captures everyone’s heart with their words.

The appearance of Aoi on the screen contributes to the show’s popularity. Otakus love to watch her, and that’s the only reason she is considered one of the best Danganronpa protagonists.

Chisa Yukizome, a sweet and lovely character who first appeared in Danganronpa 3: The End of Hope’s Peak Academy, is the next character on the list. Chisa is the type of character that, simply by her appearance, can lift anyone’s mood.

She can also trick everyone by hiding her emotions. Even if you look at her as a person, you can never imagine how she feels. It was later revealed in the anime that Junko and Mukuro brainwashed her to join the Ultimate Despair.

Young girls with charming personalities are often adorned in anime since they are the show’s appeal. Her brave and energetic nature is the only reason for being on the list of 10 best Danganronpa protagonists.

On number eight, we have another amazing character who defines the phrase “never judge a book by its cover.” Sakura appears to be a ruthless, strong, and muscular man, but in actuality, she is the total opposite.

Sakura is a sweet young girl with a pure heart. She is extremely powerful, having won the title of Ultimate Martial Artist. Despite the fact that Sakura was not the most intelligent character in the series, she appears on this list for her pure heart and great nature.

Sakura gave her life for the sake of her friends, and it is for this reason that she is regarded as one of the series’ best protagonists. What are your thoughts about her? Please let us know in the comments section.

Mikan Tsumiki, a shy girl with exceptional medical skills, is next on our list. Because of her exceptional abilities, she was named “The Ultimate Nurse.” By appearance, she is a young girl who always appears in a nurse uniform.

Mikan’s medical skills also enable her to assist others by revealing who murdered whom. She could write autopsy reports that describe the state of the corpse after death and the degree of the injuries, as well as give health recommendations to others.

Her medical abilities were so advanced that she could tell if someone was sick or well simply by looking at their face. She also has a minor villain side, which I will not reveal because it may be a major spoiler for those who have not seen the anime.

On number six, we have Chihiro Fujisaki, a wonderful young man who has impressed everyone with his charisma and lovely nature.

Chihiro may appear to be a girl, but he is actually a boy who dresses up as a girl to prevent being bullied, as revealed in the anime (he has been bullied his entire childhood).

He was a high-level programmer who was well-known for his intelligence. He was a shy and sensitive young man who was terrified of almost everything. Unfortunately, Mondo Owata killed him only because he was jealous of him.

Chihiro is, without a doubt, one of Danganronpa’s best protagonists since he was always concerned about his friends and tried his hardest to aid them, even after he died.

Makoto Naegi is the most down-to-earth character in this series. Because of his good luck, Makoto has earned the title of “The Ultimate Hope.”

He considers positivity to be his most distinguishing quality. As a result, he can befriend almost anyone, including the most introverted characters such as Byakuya and Toko.

Makoto’s charm and experience in killing games have earned him a place on the list of best protagonists. To summarize, he is that one nice figure in whom everyone can put their faith.

Next, we have Yasuhiro Hagakure, a great guy who is regarded as one of Dangaronpa’s best protagonists due to his hilarious and amusing personality.

He is a carefree figure who is obsessed with the 100 million yen crystal ball he purchased only because the seller said it had previously been used by Napoleon, Genghis Khan, and George Washington.

The ball was made of glass, and we all know he was fooled. He appears to be intelligent, yet he is the polar opposite. Despite all of this, he is a strong man who is only terrified of ghosts (even if you mention them while talking casually).

Yasuhiro is a whole package of entertainment that everyone adores.

Next, we have a really interesting character who has won over everyone with her wonderful nature and appearance. Toko had been bullied her entire life, which is why she could never trust anyone.

When someone speaks to her, the first thing that comes to mind is that they intend to hurt her.

Toko has affection for our other protagonist, Byakuya Togami, and he is the only one with whom she communicates in a nice manner. Toko, however, also has a darker side that comes out when she sneezes (I know it sounds hilarious).

Unlike her normal self, the other personality is completely opposite and extremely extroverted. Seeing her in both of her identities is quite hilarious, and she is without a doubt one of the few protagonists that contribute to the show’s appeal.

On number two, we have Kyouko Kirigiri, the most skilled investigator in the series. As no one could read her face, she was the most unpredictable character in the anime.

Despite her family’s efforts to keep her powers concealed, Kyoko promoted them in order for Hope’s Peak recruiters to notice her.

She was the Ultimate Detective in Hope’s Peak Academy’s Class 78th and the finest at what she did. In terms of personality, she is reserved and has silver hair that perfectly blends with her beauty.

The only reason she could not remember her specialties was because she was suffering from amnesia. She always tries to save her friends and we can see that when she saves Naegi from the masked strangers.

Kyouko is the perfect display of beauty with the brain.

Byakuya Togami, one of Danganronpa’s main protagonists, takes the top slot on this list. He is an arrogant young man, and the root of his attitude is his family’s business. Byakuya is, without a doubt, Danganronpa’s most intellectual and intelligent character.

His toxic trait is that he sees everyone as a rival and has no emotions or feelings for others. He is a straightforward and blunt guy, which is a good thing in my opinion. He is the one character in Danganronpa whom everyone can trust.

His thinking is pure analytic, and the way he solves problems is simply amazing. In the second season of Danganronpa, he became a leader and led his team as no one else could. Byakuya is without a doubt one of Danganronpa’s best protagonists.

With this, we end today’s blog. I know you never wanted this blog to end but every good thing has an ending.

Let us know in the comments below which Danganronpa’s protagonist is your favorite and why? 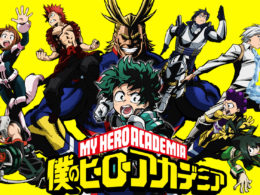 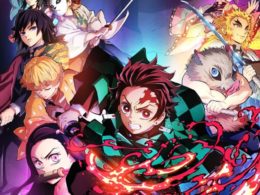