Just like its prequel Horizon New Dawn, Horizon Forbidden West is a post-apocalyptic open-world action RPG developed by Guerilla Games where players explore a hostile world overrun by plagues, machines, and other hostile creatures and are given several missions to complete using skills and weapons they acquire.

It’s available on Playstation 4 and Playstation 5. The thrilling experience you get while playing Horizon Forbidden West can’t be overemphasized.

For someone who has tried this game, it’s an undeniable fact that this game is really captivating and, it won’t be a surprise if you have been searching for other games that’ll give you the same thrilling gaming experience you had while playing Horizon Forbidden West.

There are several games out there with similar gameplay as Horizon Forbidden West and in this article, we will be sharing with you a list of the best games that’ll give you a similar experience and even better.

Trying to find a game that can give you a similar experience to a previous game you have played can be difficult sometimes and can lead to lots of trials and errors.

That’s why we have compiled a list of the 10 best games that’ll give you a similar experience or an even better experience to Horizon Forbidden West and also attached their respective videos for you to have an insight into what they look like. Well then, let’s get to it.

Dying Light 2 is a really amazing open-world action game released in 2022 with very interesting gameplay that can give you a similar experience as Horizon Forbidden West.

This is a zombie-apocalyptic-themed game where you basically try to survive and stay human.

Throughout the game, players are given different missions to complete and as you move through the game, you pick up tools, melee weapons, and kill zombies. It gets tougher over time as you move further but that’s what makes it interesting.

It’s a really great game to try if you need something with a similar experience to Horizon Forbidden West.

At number 2 on our list, we have Elden Ring. This is a thrilling action role-playing game developed by FromSoftware. So far, it’s been rated as one of the best games of 2022.

You get to explore the open-world making use of their skills, magical abilities, and a wide range of weapons to combat enemies. Players mostly make use of a melee combat system throughout the game and there’s always a need to level up as you move further.

You acquire new skills as you move through the game and pick up materials to form new weapons.

Developed by Game Freak, Pokémon Legends:Arceus is an adventure-action role-playing game with several playable characters. It’s a great game that can give you a similar gaming experience as Horizon Forbidden West.

The goal of the game is to create Pokedex for the regions in the game. Players are sent back in time where they join the Galaxy Expedition Team’s Survey Corps and get to explore the Pokémon world picking up materials, interacting with different species of Pokémon, surviving attacks from aggressive Pokémon.

Also, players engage in a boss fight. It is available on Nintendo Switch

God of War is available on PS4 and Microsoft Windows.

Developed by Santa Monica Studio, this is one of the best adventure games ever. The game is really famous and loved by many around the world.

It’s the first God of War game with two protagonists. Players move around with Kratos accompanied by his son Atreus fighting different Norse gods, creatures, monsters, and traveling between realms.

This particular game is different from previous versions of the game with players sometimes being able to control Atreus. With a massive world and different realms to explore, you will definitely enjoy this game.

Developed by Bandai Namco Entertainment, Tales of Arise is an action Japanese role-playing game. It tells the story of Dahna and Rena which are two opposing worlds. Players are given different missions which require them to explore both worlds.

This is a really interesting game With lots of things and places to explore.

Scarlet Nexus is another Japanese role-playing game developed by Bandai Namco Entertainment. It’s a game where you get to control either of the three playable characters in the game and move through the game with weapons, to fight against enemies.

As you move further in the game, you are able to upgrade your skills and powers.

Shadow of the Tomb Raider

Shadow of the Tomb Raider is available on Microsoft Windows, macOS, Linux, Stadia, PlayStation 4, and Xbox One.

At number 7 on our list, we have Shadow of the Tomb Raider. Released in 2018, this is an amazing action-adventure game where players explore the tropical region of Central and South America as Lara croft.

Throughout the game, players explore the environment gathering resources, raiding tombs to unlock resources, crafting materials, and combating enemies with an arsenal of weapons.

Also, players can engage in side missions where they earn more rewards.

Players can also complete side missions and gain extra rewards. Also as you advance further in the game, you get to unlock better abilities and there’s always a need to upgrade your weapons.

Fenyx Rising is a really interesting game and it’s impossible for you not to be thrilled by this game.

The Witcher 3 is an open-world RPG in which you explore the world as Geralt who is a Witcher. Throughout the game, you make use of different weapons and magic powers to slay creatures, monsters, and even humans.

As you move through the game, you’re able to upgrade your skills and abilities and even change your outfit. It’s a really amazing game that has received many positive reviews from critics. It has also been said to be one of the best-selling games ever.

The final game on our list is Horizon Zero Dawn. The Horizon Zero Dawn is a prequel to Horizon Forbidden West and it’s an amazing post-apocalyptic RPG where players explore a world full of machines.

Players have a wide range of weapons to combat machines and other enemy robots.

As you advance in the game, you are able to upgrade your abilities and skills. With a massive world to explore, it’s almost impossible not to be addicted to this game.

That’s all on our list for the best similar games to Horizon Forbidden West. We hope we’ve been helping with this list and ensure to let us know if you feel some names should be on this list.

Also, you might want to watch out for some upcoming 2022 games that are open-world action games and might give a similar experience to Horizon Forbidden West like God Of War: Ragnarok, Warhammer 40,000: Darktide, Forspoken, S.T.A.L.K.E.R. 2: Heart of Chernobyl, etc.

The official release dates of these games have not been stated but they have been speculated to drop in 2022. We’ll keep you posted on other interesting upcoming games and their release dates. 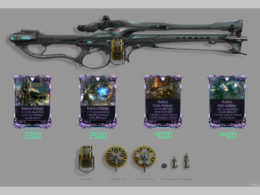 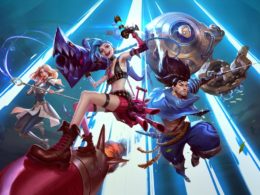 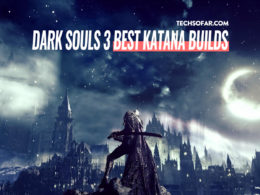 The role-playing genre includes some of the most detailed and content-rich video games, and Dark Souls 3 is…