Have you been searching for MOBA games or MMORPG that require team strategy like League of Legends? Then, you should check this out.

League of Legends is a super-exciting multiplayer online battle arena (MOBA) game developed by Riot Games that depend solely on team play and strategy.

This is a team-oriented strategy game where five players work as a team to take down the Nexus of the opposition, which is located in the middle of their base.

Each player gets to control his or her champion, with each champion possessing different skill sets and abilities.

Everyone who’s a big fan of MOBA games must have come across League of Legends one way or another. It’s a fascinating game that requires strategic intelligence and skillfulness to be able to defeat your opponents.

For people who have been searching for games with similar gameplay or similar experience, we have compiled a list of games like League of Legends that will offer you the same amazing experience. Without wasting much time, let’s move on to these games.

Below is a list of 15 games similar to League of Legends. These games are all MOBA games or multiplayer games that require strategy and teamwork.

Developed by Valve Cooperation, Defense Of The Ancients or DOTA is a MOBA game that relies heavily on strategy and team play.

In this game, 2 teams with a total of 10 different players, 5 on each side, defend their half of the map against the other team. Each player gets to control his/her character called a Hero, with each Hero possessing different powers and fighting abilities. Perfect game for MOBA fans.

Just like League of Legends, Valorant was developed by Riot Games and has similar gameplay.

This is a MOBA team-based game where different players get to play as agents in a team of 5. Each player has control over an agent, with each agent having unique skill sets.

Available on Microsoft Windows, Nintendo Switch, Xbox One, and PlayStation 4.

Smite is a MOBA game developed by Titan Forge Games with similar gameplay as League of Legends.

It’s played from a third-person perspective with players being able to choose different characters to play as like gods, mythological characters, etc.

As you play through the game, defeating enemies, there’s a need to level up the abilities of your character to have a more enjoyable and easier game against your opponents.

Available on Microsoft Windows, Nintendo Switch, PlayStation 4, and Xbox One

This is a first-person shooter game that gives players access to select from different playable characters called champions and for a team of 5 players.

Each champion possesses its own unique weapon and skill that can be upgraded as you play through the game. Also, players have 4 different modes to try out.

Heroes Of Newerth is a multiplayer game that relies heavily on teamwork. This is a highly competitive game where players have access to over 120 playable characters.

In this game, players get to select their own heroes with different abilities and form two teams. These two teams battle against themselves with the goal of destroying the central structure of the opponent.

Players gather points and experience as they play through the game, which can be used to level up their characters.

Developed by Super Evil Megacorp, this is a multiplayer game where players combat against themselves in a 3 vs 3 or 5 vs 5 team set up with the aim of destroying the opposition forces.

Each player has access to choose from different playable characters or heroes, with each character having special skills and abilities.

This is an interesting game that falls into the MOBA and MMORPG category. It was developed by NIVAL. Prime World is a fantasy-based game that features the battle between two nations, the Dokht Imperium and the keepers of Adornia.

Players get to choose a hero to control, choose a faction, and support the armies of their nation. For every win, you get experience points and other rewards, which can be used to level up your hero.

Realm Of Titans is a game that offers similar gameplay to League of Legends, with players teaming up to fight against opposition forces. Players get to select from over 160 heroes in this game, with each player having control over their character.

Players get to play against other teams online and with every win, players are awarded points that can be used to upgrade the abilities of each player’s character.

Warcraft is the third installment of the Warcraft game series developed by Blizzard Entertainment. The event on this game is focused on the story of burning legions trying to take over the world of Azeroth.

This is a game that relies solely on strategy, wherein you get to select your own heroes or characters that you can upgrade as you play through the game and also. Pick up resources and experience points. You can pick heroes from four different factions.

Formerly Known as Strike Of Kings, Arena Of Valor is a multiplayer game developed by TiMi Sudio Group. This is one of the games with the most similar gameplay to LOL on this list.

Just like League of Legends, each player has control over a character or hero, with each hero having a unique ability. As you play through the game and defeat oppositions, you collect gold and experience points, which can be used to unlock and upgrade the abilities of your character.

Available on Microsoft Windows and PS4.

Paragon is a MOBA wherein two teams of 5 players each battle against each other with the aim of destroying each other’s base.

This game relies heavily on teamwork, with each player having control over their own hero and working as a unit to defeat the opponent. There is a constant need to upgrade your hero to be able to unlock new abilities.

In this game, you get to select heroes and team up with other players to challenge other online teams, and just like the other games on this list, after every combat, you are awarded XP and gold that can be used to upgrade and unlock new abilities.

Available on PlayStation 4, Xbox One, Nintendo Switch, and Microsoft Windows

Overwatch is a first-person shooter game developed by Blizzard Entertainment. Similar to League of Legends, players get to choose from numerous heroes that possess different skills and abilities.

Players team up in two teams of 6 and are given several objectives to complete within a given period. An interesting feature of this game is the ability of players to switch heroes while playing. It’s an amazing game.

Team Fortress 2 is a first-person shooter game developed by Valve Cooperation. It’s a game that relies on team play, with players required to join one of two teams to fight against the other team.

Players can choose from the character classes available in the game, with each character having a unique ability and weapon. The player limit for each game varies across different platforms.

Available on PlayStation 4, Xbox One, Microsoft Windows, and Xbox 360

For the final game on our list, we have Airmech. Just like the other games on this list, players can control their characters, which in this case are Robots called Airmechs and pilots.

You get to team up with other players with the goal of destroying the opposing team’s fortress. After each game is completed, players earn in-game currency called Kudos which can be used to unlock units, pilots, and other Airmechs. 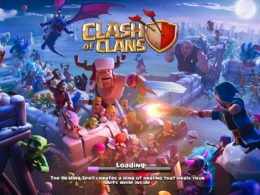 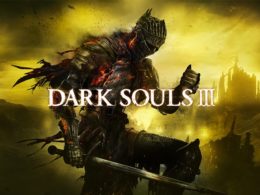 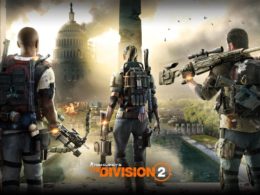