With smartphone manufacturers gradually phasing out the inclusion of the 3.5mm audio jack from the latest smartphones, not that cool by the way, the need to evolve and rely on other mechanisms for listening to music or even audio from your devices persists.

While there’s simply less and less option by the day to just plug in a headset into your phone and listen away, Bluetooth based headphones, and the newly, not that new way of listening to music “earbuds” are now the order of the day.

In fact, earbuds have never been more relevant in today’s world with each company releasing its own set of earbuds with one or two unique features.

The rise of earbuds

This is a classic business move that has worked for decades, create a problem, in this case, remove the headphone jack from phones limiting the way we get the audio from these devices then providing a solution, earbuds, small audio devices connected to your phone via Bluetooth that stick to your ears.

Apple started this trend with the AirPods and no sooner than later, other smartphone maker brands followed with their own versions, Samsung introduced and launched the Galaxy pixel buds, Google announced its own pixel buds, Amazon launched the echo buds with Alexa, Microsoft also recently introduced its own surface buds to the market alongside others.

And seriously they look great, however, in terms of pricing, things seem to be going a little overboard.

The problem with these earbuds

Setting aside many other known issues like latency, the need to charge these things unlike the wired earpiece where you only need to plug and play, earbuds pricing have skyrocketed in the past few months since they became a thing.

The new Microsoft surface buds at $199 could buy a budget device, that has a headphone jack or even a mid-range device, say the Redmi Note 7 at this point, it’s crazy but fine we admit these earbuds aren’t for everyone, not all of us could afford it but shouldn’t there be alternatives?

Yes, there are, these cheap wireless earbuds, for instance, one of which truly stands out and I’ve personally been using for over five months and plot twist, its only about $50.

I first heard about the earbuds from one of my friends and decided to buy it a couple of months ago and I was impressed but wait, there are lapses and a lot of cons but there are good things about budget earbuds like the Treblab xFit earbuds.

The Treblab xFit truly wireless earbuds delivers great sound quality and offers an overall great experience for its price, the main aim of this review is to highlight those reasons, here’s five of them.

While there are many cheap options out there in terms of earbuds, they aren’t popular or made to look inferior, a bit of that is true but like there are flagship devices and flagship killers or even mid-rangers that perform, most pieces of technology are this way, and that includes earbuds.

When looking for cheap earbuds in the market today, the treblab xfit earbuds are on the cheap side and they do perform well, for around $50 price tag, they’re not a bad option to consider at all.

One of the things to look forward to in audio devices is the great sound.

No doubt the baller earbuds have great sounds, or do they even and does the Treblab xFit wireless earbuds beat some of them, we’re thinking of doing a comparison post in the future, leave a comment below if you’ll be interested in seeing that.

Nonetheless, the sound quality this earbud delivers is really good.

3. Batteries on the Treblab xFit earbuds are stellar

One of the great advantages of the 3.5mm audio jack and the wired earpiece is the fact that you can listen to music nonstop, however, earbuds, wireless works on batteries, even the premium earbuds have to stop working at some point due to battery capacities.

The battery life on the earbuds is not that bad, I have been able to get it to play music nonstop for four hours. You should consider one of the big players if you want something that serves you more though, the Galaxy buds are great in this aspect.

One of the best things about this device is the ability to stay far from the host device for a long time and not break, not too far however but if you’re the type that is not always with your phone but still wants to enjoy playing music and getting the most of your device, it makes the more sense to go for this option.

The Treblab xFit earbuds have its own IP rating and while you can’t dunk it in water like your IP68 waterproof devices, its IP 4X water resistance rating allows it withstand some minor water splashes and some dust resistance, this means the occasional sweat emanated from workouts won’t be a problem for this device.

It’s cheap, has great sound, long battery life, and so much more, all the more reason to get yourself one. 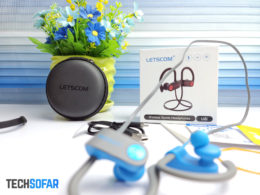 Today we have an exciting headphones in the house and I’m excited to tell you all about it.… 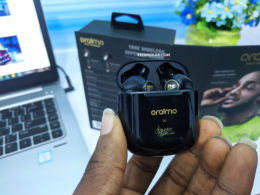 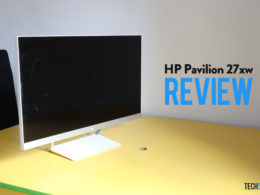 So I’ve been using the HP 27xw monitor for a while, over 2 months and I’m going to… 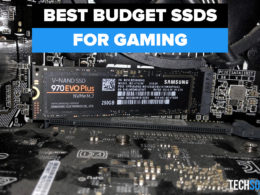