Are you intrigued by the fascinating specs of both the OnePlus 8 and the Motorola Edge Plus Android smartphones? Can’t decide on which one to buy? These two Android devices are currently two of the best phones in the market.

Both smartphones are designed to provide users with optimum performance, near-perfect screen resolution and display, high battery life among other features. But there are some differences between the two phones and this might get you thinking: OnePlus 8 or Motorola Edge Plus, both are flagship devices in 2020, Which should I buy?

In this article, we’ll be comparing both phones in six categories and give our verdict on which smartphone you should buy in 2020.

Head to Head Comparison of OnePlus 8 Vs Motorola Edge Plus

Round 1 – RAM and Internal Storage

With  3,120 x 1,440 pixel, the OnePlus 8 has better screen resolution compared to the Motorola Edge Plus pixel size of 2,340 x 1,080. This means that users of the OnePlus 8 enjoy as much as 128 more pixels per inch which result clearer and sharper display screen. If you decide to buy the OnePlus 8, you’ll have a greater user experience while reading ebooks, browsing the internet, playing android games, watching movies, etc.

Round 3 – Battery Life and Charging Capacity

Given the numerous and complex usage of mobile phones, having a smartphone with high battery life is a necessity, especially in parts of the world with poor electricity.

Winner: Motorola Edge Plus is the obvious winner.

Round 4 – Front and Rear Camera

Using the Sony IMX689 sensor which has both OIS and EIS, OnePlus 8 offers a 48-megapixel rear camera. It has a second 48-megapixel ultra-wide camera. You’ll also get a third 8-megapixel zoom camera that has 3X optical zoom feature. There’s also a fourth 5-megapixel colour filter camera at the rear. Lastly, the OnePlus 8 boasts of a 16-megapixel front camera with Sony IMX471 sensor.

The Motorola Edge Plus features a three-camera setup. The main rear camera is 108MP with a 1/1.33-inch sensor which has the OIS assistance. The second camera is 16MP ultra-wide camera, while the third rear camera is an 8Mp telephoto camera. The front camera has a 25MP sensor.

Winner: The Motorola Edge Plus wins this round.

The OnePlus 8 and the Motorola Edge Plus both come with the Qualcomm Snapdragon 865. This means that both android smartphones have identical performance. The slight difference between both phones lies in the RAM size. Motorola Edge Plus has 12GB RAM capacity which results in more bandwidth for different android applications. But you can get the OnePlus 8 with 12GB RAM for an additional $100.

Winner: It’s a tie between the OnePlus 8 and the Motorola Edge Plus.

Winner: The costs of both smartphones is the same when comparing the higher version of OnePlus 8 to Motorola Edge Plus.

From the above comparison between the OnePlus 8 and the Motorola, our verdict is that the OnePlus 8 version with RAM of 8GB and memory of 256GB is a winner. At the same cost of the Motorola Edge Plus, you’ll enjoy the best features of both phones. If you’re yet to decide on your choice smartphone, you can go through the other features we’ve listed on the table above to make an informed decision.

Read more comparison: iPhone SE 2020 vs Poco X2: Which One Should You Buy?

Author
Stephen Ojo
Fascinated by tech in all dimensions, and likes to tell people what he knows of it. Head Butcher at TechAbattoir. Also develops Android apps. E-mail   Facebook   Twitter   Instagram 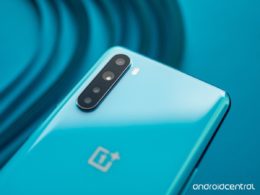 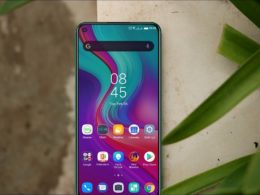 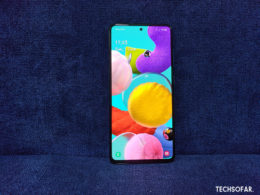 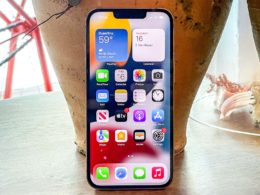 It has become something of a tradition for phone manufacturers to release something new every year. Be it…