The night hero of Mondstadt region or Diluc is a five-star pyro character in Genshin Impact, which can wield claymores. When all the other characters fail against a hard boss, Diluc will save the day with his incredible DPS power to carry your team towards victory.

In every fight, fire is the best friend of this dark knight, and he perfectly uses it for his benefit. In the tier list of best heroes in Genshin Impact, Diluc comes in the top ten.

If a team contains this character and some others, you can virtually defeat anything between you and victory.

Sometimes, all that extra fire powers look less when you get defeated in a battle and need a push start. With the elemental skill of Diluc, your character will launch three attacks simultaneously, and the skill goes to cooldown afterward even if nobody gets hit.

The tempered sword skill features a combo of four different attacks with a sword.

The enemy will drop stamina as you attack by mixing various combos. Character ascension, talent upgrades, and builds are some methods to increase your character’s stats naturally, and below is the complete guide for each of these methods.

How to get the Diluc in Genshin Impact

Before learning about Diluc Ascension and Talent Materials, you should know how to unlock it in Genshin Impact.

Lots of players first encounter the anti-hero following the questline of Archon, but it isn’t recruitable for free, unlike Kaeya and Amber. To learn about how you can recruit Diluc to win using the Gacha Pon Wish System.

There is only a 0.600% chance to receive Diluc using the Wish System upon pulling a Single Wish. The chances gradually go to 1.600% if you use 10 Wishes at once.

Here is everything you need to know about Diluc ascension and the required talent materials in Genshin Impact.

The first ascension material is agnidus agate silver which you will receive as a reward for your fight against the regisvine pyro boss.

This boss will also drop all the other available tiers of agnidus agate in the game. For small lamp grass, go to whispering woods or the storm terror’s liar and find shade. Beat all the fatui enemies for all the available tiers of insignia.

For the plume of dvalin, beat the storm terror monster and get the right amount with various hits.

Below are more talent ascension materials for Diluc.

Weapons and artifacts feature stats, and you must choose weapons that are compatible with your current character. Below are the best artifacts and weapons for Diluc to increase its stats.

Among compatible weapons for Diluc, the gravestone of the wolf is the best weapon as it offers a forty percent increase in damage against enemies who are already weak so that you can finish them in fewer moves.

You need to work hard to get this weapon as it is a five-star, but you will get it fast if you use Primogems efficiently.

Skyward pride is another five-star weapon in this list that is good for players who are bad at energy management of their character.

Along with the energy recharge bonus, it also provides you with an 8% boost in damage. If you often use elemental bursts, charged attacks, and normal attacks, you will also get eighty percent attack as damage.

The tremendous sacrificial sword and the prototype archaic are two of the best options in the four-star weapons section for beginners. The great sacrificial sword will automatically reset the skill cooldown as soon as you kill an enemy. If you have already launched the special attack, relaunch it in the same battle with a simple change in your weapon lineup.

If you have all the suitable materials in your bag, go to a blacksmith nearby and forge the archaic prototype weapon to increase your chances of dealing more than two hundred percent damage to enemies.

Those who are not satisfied with the weapon’s current performance can refine it in a refinery to further enhance its capabilities.

The crimson of the witch of flames artifact increases the overall pyro damage of Diluc’s character, making it the first choice of adventurers. With a pyro damage boost, you will get a four percent increase in the overall damage.

There is no other set in Genshin impact as best as the crimson.

When it comes to the headpiece and the goblet, critical damage, or the critical hit rate as headpiece and pyro damage bonus, some players don’t focus on weapons and character at the start of the game, and they don’t have a good crimson of the witch of flames.

They can wear two pieces of gladiator finale and two of crimson of the witch of flames. 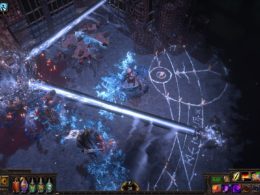 There are so many games out there that include magic as a vital part of their gameplay, but… 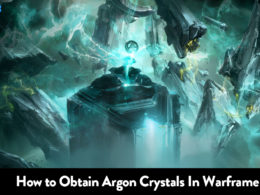 These are the best Warframe crystal farm spots for everyone playing Warframe right now, PERIOD. Warframe is one… 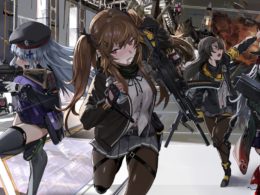 Girls’ Frontline is a game that’s all about strategy and cute anime women. Although the game is easy… 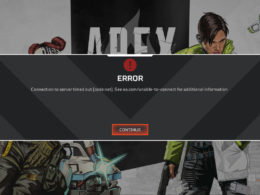 How to Fix Apex Legends Connection to Server Timed Out Error