Dragon Ball is without any doubt one of the most popular franchises in the world. Ever since its debut back in 1984 as a manga, it has only grown its popularity.

The amount of support this anime manages to garner is beyond my comprehension because somehow even after decades, the anime is still getting new storylines!

Dragon Ball revolves around Goku, who possesses many superpowers and a monkey tail. When he meets Bulma, they both set out in the search of seven powerful Dragon Balls. Once all the Dragon Balls are brought together, they can grant any wish made.

Master Roshi teaches Goku the skills of Martial arts. During his time learning, he meets Krillin who later becomes his best friend. Over the years, we witness a ton of adventures by Goku and his buddies in the anime series and the movies.

In an official announcement, Toei Animation informed us that the second movie of Dragon Ball Super will be released in 2022.

All the Dragon Ball fans are curious to know whether there will be another season of the popular anime series as well. Here’s everything we know so far.

As of now, there hasn’t been any sort of official announcement regarding the release of ‘Dragon Ball Super Season 2’ yet, but we all can likely expect it to be released within a year or two. The next Dragon ball super movie is to be released this year and we can expect the storyline to be continued in the second season of Dragon Ball Super anime.

The interview caused a surge of excitement among the fans, as they believe that Dragon Ball Super Season 2 is definitely going to be released soon. One thing is absolutely clear the next continuation of the Dragon Ball Super will be a quick hit and will set new records in the Industry.

In season 2 of Dragon Ball Super, we are likely to hear from the veteran voice actors who have worked with the franchise over the number of years. The second season will consist of Goku, Krillin, Bulma, Piccolo, Master Roshi, Trunks, and Gohan along with many other characters.

The manga has been going strong even after the cancellation of the anime series. The series ends at the Universal Survival arc.

According to the manga, the next storyline features the Galactic Patrol Prisoner arc, the video adaptation might be continued from the same in the new season of Dragon Ball Super.

Any of the arc sagas will bring a number of thrilling fights and top-class animation for the fans. However, Toei might be able to pull off an entirely new arc for season 2 of Dragon Ball Super.

Until an official announcement is received, getting your hopes up for anything other than the release of season 2 would be a foolish idea. Till then you should rewatch the past episodes and relive the magic of Dragon ball Super. 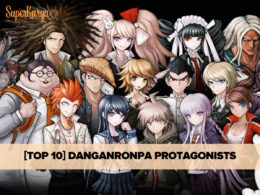 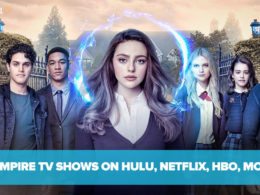