It doesn’t matter how big your hard disk drive is, SSDs (Solid State Drive) is the future of personal storage and that is an indisputable fact. Not only do they greatly enhance the speed of general programs and disk processes, they even improve load times and provide gamers faster rendering if you install a video game within its storage.

In some cases, having your Windows installed in an SSD can even help a bit with load times for games that aren’t even installed within it, thanks to every program sharing Windows libraries in the backend.

It’s just extremely beneficial in every way for gamers to have an SSD in their computers and it’s the only way to go forward with storage upgrades in 2021 and onwards.

Naturally, there are hundreds of SSDs being manufactured every year and there are so many different models from every single company that it’s time consuming to figure out which ones are the best – especially since they are quite expensive compared to the average HDD.

That’s why we’ve handpicked the best budget SSDs for gaming in 2021 and created an easy guide that will save you time and hook you up with the greatest deals!

What makes an SSD great for gaming?

Remember when getting the right HDD sped up moving data, applications, booting Windows and video game load times? That’s exactly what an SSD does for your gaming computer – except much more effective.

At launch, SSDs were very expensive and only used as boot storage to make computers start quickly, but now that 512GB and 1TB SSDs are affordable, gamers are putting their favorite (or just particularly demanding) games on the drives and the results are already phenomenal.

Not only does everything including load times become better, there are even additional benefits such as games with large open worlds rendering faster and local save-files being read and written at a faster pace than before.

In online games that need constant downloads to load up new areas in your first-time installations, it increases the pace of that as well because it can simultaneously unpack what it is downloading.

You might be thinking ‘don’t RAM and GPU dictate how fast an area renders? Doesn’t your internet speed dictate how fast you can download?’ – the answer is both yes and no. Because these things still need your hard disk to ‘read’ the game data from, and in other cases, ‘write’ it on there.

And having faster storage automatically makes those processes faster.

One way or another, SSDs are the next logical upgrade you should be opting for as both a gamer and someone who uses their computer for work purposes. So, with the important information out of the way – let’s jump right into the guide to buying the best budget SSD for gaming!

Why we recommend it: For a 1TB SSD that is from one of the greatest hardware manufacturers, Samsung 860 EVO is surprisingly very reasonably priced and is a perfect gaming PC SSD. If you can afford it, even if by saving up a bit, it’s the ideal gaming SSD to go for in 2021.

Powered by the Samsung V-Nand technology, the 860 EVO model is one of the best SSDs in this price range and can handle nearly the max read and write rate possible on the SATA III interface.

It can handle all of your gaming needs and significantly increase install and load times, and if you work on the same computer, you’d be glad to know that even large 4K video files render perfectly. With 1TB storage and 5 years of warranty – there’s just no reason to let this deal pass.

Why we recommend it: The average cheap SSD for gaming that is 500GB in storage space costs around the $50 mark – but in the SATA interface. Crucial P2 is an incredible exception that offers you the NVMe interface at the same price as a SATA one – without any compromise in quality or durability. It’s a killer deal that no gamer should look away from.

The Crucial P2 500GB SSD is based on the NAND technology, which offers really good quality for both gaming and other processes.

It has an NVMe PCIe interface which grants it amazing reading and writing speeds, and also comes with SSD management software which further optimizes performance, data security, and firmware updates as they come.

But of course, the ‘winner’ here is its incredible $50.99 price which is very rare to find for a quality NVMe SSD, so it easily makes it one of the best contenders as an SSD for gaming.

Why we recommend it: Intel is undoubtedly one of the best-known technology brands, so you know it’s a name that you can trust. So, when they offer you a NVMe 1TB SSD that is the same price as the average SATA drive – you don’t say no and enjoy your new SSD for gaming.

The Intel 665 series is generally affordable and has a line of really good SSDs, so it’s no surprise that the 1TB one is another great win – at the most affordable price that is almost never offered for the NVMe technology.

Featuring a 3D NAND structure, it can read at the speed of 2000MB/s and write at the speed of 1925MB/s which is guaranteed to offer you great performance for any tasks that you may have, which of course includes gaming on top of the list.

With great storage capacity comes lots of games, so this is one of the best offers you can find for a gaming SSD.

Why we recommend it: Just like the Crucial P2, the P1 model is also NVMe and at an extremely affordable price that you would otherwise only find SATAs for – but 1TB of storage space. Crucial may not be Samsung or Intel, but they are known for their durability, reliability, and support – so it’s an offer you shouldn’t refuse.

The Crucial P1 1TB NVMe is an extremely fast SSD that is based on 3D NAND technology which allows it to be durable and high-performance and it works both on gaming PCs and laptops which support the M.2 Type PCIe drives.

It accelerates all of your processes by a great margin and as to be expected of this list – it improves the load times and rendering speed of your video games too.

The price is impossible to ignore and the warranty is long enough to ensure that you wouldn’t be running out of support in its general life cycle.

Why we recommend it: Western Digital is one of the most durable and reliable disk storage manufacturers, and it’s amazingly rare for them to release a 1TB NVMe budget SSD for gaming PC – but they’ve done it and it only costs $95. It’s an insane price for such a useful product, and a deal every gamer should make use of.

The Western Digital Blue SN550 is one of the best NAND based gaming SSD that you can get your hands on, featuring one of the highest read and write speeds at the price and grants you the generous storage space of 1TB.

While it’s not the most load-friendly hard disk as you might find it slightly behind some other SSDs when it comes to extensive 4K large-file editing or server work, it’s still perfect for about everything else and does not lag behind whatsoever in gaming needs.

Why we recommend it: Sure, NVMe interface is the hype these days and an undeniable evolution of the SSD format. But, sometimes your NVMe slots are already filled and you need more gaming SSD goodness for your gaming PCs – so that’s where you get something like the Crucial MX500 1TB since it’s still a great deal for its $95 price.

The Crucial MX500 is based on 3D NAND technology and offers 1TB storage with a SATA interface.

The read and write speed are top notch for the interface it has, which are sitting at a solid 560MB/s and 510MB/s respectively. The price is one of the lowest that you can find for something so cheap, and its mobility allowing it to be 2.5 inches is a pleasant surprise that you don’t see often.

On top of everything, you also get a 5-year warranty which further takes care of any potential worries that you might have regarding its durability.

Why we recommend it: Not looking for the ‘usual’ options when it comes to getting a budget SSD for gaming PCs and need something even cheaper? In that case, if you’re not particularly against sacrificing a bit on the storage aspect, then the Crucial BX500 480GB is the best option that you can go for. It has a compact size of 2.5 inches, and despite being SATA it offers a 300% faster speed than even the best of HDDs can offer you.

With a 3-year warranty thrown on top and many top outlets personally recommending it, you should truly consider adding it to your gaming PC for faster boot times and one or two modern games that you really like to improve their performance.

The Crucial BX500 is one of the cheapest options on this list and does not compromise on performance at all. It may not have too much storage space, but it can serve you as a boot-dedicated drive that can still fit in many programs and a few modern-day games inside if you intend to, and comes in handy especially if your NVMe slot is already in use.

It is based on 3D NAND technology and is reviewed everywhere as one of the most durable SSDs that people have benchmarked – so you won’t have to worry about the quality aspects with this SSD for gaming and it will also work out well for the majority of computing processes that are not overly-power extensive.

That’s all for the best budget SSDs for gaming in 2021 – any one of these on your computer will ensure you a great experience that will set you up for the years of gaming to come, and some of the smaller storage options are perfect for your secondary expansion needs as well.

We hope you found your perfect SSD here, and if you have any questions don’t forget to let us know! And while you’re around, make sure to check out some of our other helpful gaming guides.

Building a kingdom of your own is anyone’s dream, and that’s why building games are one of the…
byTeam TSF 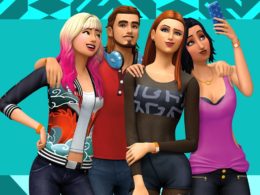 When it comes to life simulation video games, The Sims is a name everyone has heard. It is…
byTeam TSF 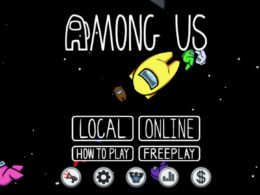