There are so many games out there that include magic as a vital part of their gameplay, but when a new one is about to come along, like Elden Ring, it’s exciting to see how the latest titles utilize the crucial component of any fantasy game or RPG.

A solid magic system can breathe extra life into a game, whether it’s creating new spells or seeing your wizard destroying the enemy with a devastating display of power. Developers must ensure the options in creating magic aren’t too similar to other games, which means there’ll be an army of fans just waiting to play their original game.

Wizardry has been a video gaming feature for many years. Early titles on home computers, such as Hero Quest, put you in control of wizards who could cast spells, and those themes have continued.

Names such as Merlin have featured in the title of multiple games, including those without magic systems, such as online slots. There are a handful of wizardry-themed digital slot machine titles from Ladbrokes, including Merlin’s Magic Respins and Rise of Merlin, to name but two.

Those games use wizards and magic in a non-traditional setting, whereas something like Titan Quest on iOS and Android dabbles in magic a little more seriously.

However, if you like your magic systems complex and comprehensive, then you need to look for games on PC and home consoles. That’s why we’ve come up with a list of the best magic systems in games, to satisfy your thirst for the genre whilst waiting for Elden Ring.

Spellbreak shows that you don’t have to be an RPG to be good with magic, as this battle royale game displays just how effective magic can be in another genre. The game pits wizards against each other in a constantly shrinking play zone as you fight to be the winner.

It is terrific to combine spells of fire, stone, lightning, wind, frost, and more, each with its own class, which affects how much damage is dispensed. It adds a strategic element to your play that RPG players will love.

This survival-based RPG thrusts the player into a world where survival is definitely for the fittest. If you get injured, there’s no casting a spell and moving forward; you have to heal before moving forward.

You can’t just jump headfirst into things without preparation and expect it to all be okay, which also goes for the magic system.

Collect supplies and resources to stay alive and build up your magic; spells require materials to create and cast them; with a world of combinations available, it’s interesting to see what you can come up with and how they affect your gameplay.

Morrowind stands alone in its magic system; there’s no renewable source of energy for your magic to collect. The only way of replenishing it is to take a rest, but the kicker here is that the more magic you have, the longer you need to take time to allow it to restore.

So, you have to consider how you use your spells because every single spell counts and could be the difference between life and death. It’s a game so good that Green Man Gaming rated Morrowind as the best Elder Scrolls title, but we’re sure you already knew that.

The title from Grinding Gear Games is a solid RPG with some fantastic character customization options. It’s definitely one for the hardcore role-playing gamer, but not only does it have options to customize the characters, but the magic also follows suit.

It’s an innovative system; utilizing gems in the game for more than just stats, as specific precious stones can change the makeup of your spells.

This dungeon crawler is one of the most frantic games out there and the most frantic on this list. In Wizard of Legends, you can build a chain of spells which is the most devastating seen in any game, but you have to do it at speed!

It’s a game for the quick-witted fleet of virtual foot, but don’t let that thought put you off. Combining both elements makes it a visual treat and a really satisfying experience when you manage to create that spell that destroys all enemies in one fell swoop.

So, there we have five of the best magic systems in video games. Did you catch your best game in there? Let us know what you think, and remember to check out our other helpful lists, such as the best kingdom-building games and more with us here at Techsofar. 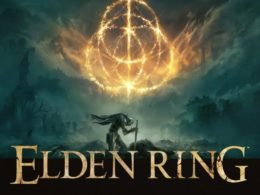 Indeed, you would be familiar with the usage of Fruits as it helps you prepare several dishes and…

Could you imagine a Fast Food Company releasing a gaming console? But, yes, KFC has decided to launch…