Call of Duty Mobile is definitely among the most popular mobile games for fairly good reasons like amazing gameplay and a huge arsenal of weapons to choose from. But with so many options, which guns are the best?

That’s why we’ve written this guide to help you gain some sort of insight into what guns are hot right now and how you should take advantage.

Here’s a simple call of duty mobile guns tier list you can rely on so you can go after the best guns in the game.

The first entry on our list is Type 25. You have to admit, when you look at this gun, it really captures your attention, right? Smart looking and sophisticated, it is more than just the appearance that makes it one of the best.

Although this gun’s recoil is a little more difficult to manage in contrast to its competitors, it produces the greatest performance in its class, especially at close-range combat.

The three-round burst is just perfect as it only takes four shots to kill, which is okay given a fire rate of 937 rounds per minute.

QXR is one of the best submachine guns in the game, performing exceptionally well in close-range combat. The gun delivers 38 damage points per shot, but that is supplemented by the 867 rounds per minute fire rate.

The couple both these things with a fully automatic nature and this gone is deadly in closed quarters. Easy when it comes to mobility despite the 50 round magazine means you pack a hefty punch despite the seemingly small package.

Next up is Echo, one of the most powerful shotguns the game has to offer. Of course, that small body might not give you the powerful feel of a typical shotgun, but good things often come in small packages.

For a shotgun, it has extremely little recoil and a remarkably fast fire rate at 35 rounds per minute. The auto-feed magazine means that you are spared some crucial reload time.

Effective, of course, at close quarters, the 93 damage will obliterate your targets in the blink of an eye.

The KN-44 is one of the best multi-purpose assault rifles that you can find in the game. The gun has a fairly decent range of effective engagement, basically, anything between a range of 700 to 2000 is as good as dead.

A moderate recoil makes sure you can aim better when landing shots at larger distances.

This is complemented by base damage of almost 35 to make sure you deal some serious blows and with an amazing rapid-fire rate of 625 means, you can become a swift killer.

Since we are talking about ranged and fast-firing weaponry, to leave the Chopper LMG out of this list would be highly unfair.

Although you compromise slightly on damage, bringing it down to 25, the enhanced range of 4500 means you can deal effective damage from a fair bit of distance.

Now, as with all machine guns, there is some recoil, but the heavy handle attachment helps significantly solve that problem. Again, machine guns aren’t fast to reload, but with magazines carrying hundreds of rounds and a 750 fire rate, that won’t really be a problem.

A rifle that makes its presence known, the ASM10 is an amazing weapon. The range is good at 4800, giving you a larger kill zone.

Admittedly, it is not so good in close quarters, however, the gun makes up for that by inflicting serious damage of 35 health points. The accuracy is also exceptionally good for a rifle and the gun has a hearty fire rate of 550 rounds per minute.

More than the stats, however, this gun has a good psychological impact on players as the distinctly recognizable shots do a bit of psychological warfare too.

Whilst most guns are loud and clumsy, you cannot get a clean kill unless you are a sniper.

The damage it deals with is phenomenal – 105! The accuracy is insanely high at 63 and the range is exceptional at 9300. Honestly, even the fire rate is pretty impressive at 25, which is a lot for a sniper.

KRM-262 is arguably the best shotgun in Call of Duty Mobile. The beast does 93 points of damage and is extremely effective in close quarters.

The pump action does take some time to reload, but a fire rate of 29 rounds per minute makes it somewhat fast for a shotgun. A single shot from this monster can blow your enemy to smithereens.

Although not as accurate, it can deal noticeable damage at longer distances too, making it more practical than an ordinary shotgun.

The best submachine gun in the game, hands down, is Razorback. That makes it number two on our list. A slightly larger range means that it is good for both short and medium ranged combat. This makes Razorback stand out among the game’s many SMGs.

It deals 42 damage, something that can prove to be fatal given its amazing fire rate of 750 rounds per minute. The best thing about this gun, however, might be how fast and easy it is to use.

Low recoil, high accuracy, and fire rate, as well as a reload time of just 1.8 seconds means it is lightning fast.

Our best pick for this list is the MK2 Peacekeeper. Unlike the name suggests, this gun is anything but peaceful.

It deals 41 in damage with an accuracy of 58 over a range of 1000-2000, the gun performs exceptionally well over both long distances and shorter ones. It is highly mobile and easy to use in close quarters, especially given the 652 rounds per minute fire rate.

When you need to get things done, the MK2 Peacekeeper should be your weapon of choice. 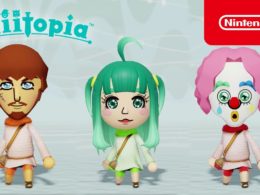 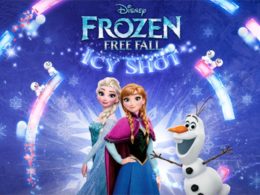 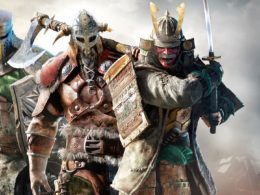